Did You Know? Tidbits from the Past 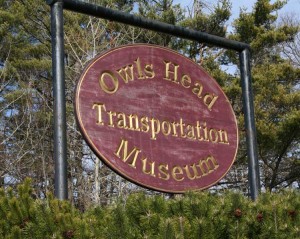 On the weekend of March 23 and 24, club members worked at two different events. Terry King and Tim Tyce attended the Maine 3-Railers show in Augusta. Terry reported that they were successful in selling a lot of our O-scale and Lionel excess inventory.

At the Owls Head Transportation Museum in Rockland, between twenty and twenty-five club members handed out flyers about up-coming events, ran trains, exhibited models, sold tickets on the raffle layout, and sold some excess inventory. Eight of the club members went to Rock-land on Friday to set up the modules, and they stayed overnight Friday and Saturday for the show. As many as twelve members ate together at a restaurant and talked about club business and ideas for future events.

Back at the clubhouse, Stephen Martelli opened the doors so that club members who did not attend the other events could work on the layouts. Many people; many accomplishments.

Permanent link to this article: http://www.greatfallsmodelrrclub.org/train-shows/busy-weekend/